Is This Trip Right for You?

This active program covers a good amount of ground each day. Expect from three to four hours walking on some touring days. The pace is moderate, however, you will encounter some uneven surfaces, stairs, steps and significant slopes. The Great Wall requires a climb of approximately 300 steps, some of which have an incline. It is recommended to wear sturdy shoes, and people who have knee problems may want to carry a walking stick. Some tours require walking in the open air with no shade. Air pollution is a problem in many of China’s major cities. Please see the CDC website and/or consult with your healthcare provider for specific recommendations. The usage of a bandanna or, light scarf might help screen out some of the pollutants in the air. This is a Classic program.

Not Included:
Optional tours and gratuities.

Additional Information:
Land only price does not include arrival/departure transfers, but does include flights Xian-Shanghai.

Passport information must be submitted to Gate 1 Travel at least 40 days prior to departure.

Entry Requirements:
Passengers traveling abroad require a passport valid for six months beyond their travel dates. All travelers are responsible to check if a visa is required for all countries on their itinerary.

DAY 1, Tuesday – Depart for China
Depart for China. Please note that your flight may depart just after midnight. In that case, you must check in at the airport the evening prior to your departure date

DAY 2, Wednesday – Arrive in Beijing
Arrive in Beijing and transfer to your hotel. Balance of the day is at leisure to rest, relax and acclimate to the new time zone
Overnight: Beijing

DAY 3, Thursday – Great Wall of China & Summer Palace Tour
In the morning, following breakfast, join your Tour Manager and fellow travelers for an orientation meeting about the extraordinary journey that lies ahead. After, embark on a full-day excursion to the Great Wall of China, the longest man-made structure on Earth, spanning nearly 4,000 miles of China’s northern frontier. Stop at a local jade shop before arriving at the Great Wall. Walk along the promenades and enjoy the unrivaled scenic views of beautiful mountain passes, plateaus, and grasslands from this 7th-century defensive fortification. Afterward, savor lunch at a local restaurant. Next, visit the Summer Palace, former resort of the Empress Dowager and a UNESCO World Heritage Site. Take a relaxing boat ride across the lake and admire the stunning scenery. Stroll along the sprawling palace with its lakes and gardens before returning to Beijing. In the evening, your dinner will feature the famous Peking Duck with wine
Overnight: Beijing
Meals: Breakfast, Lunch, Dinner

DAY 4, Friday – Forbidden City & Panda Visit
This morning, begin at Tiananmen Square, the largest public plaza in the world. Erected in 1417 at the height of the Ming Dynasty, the square was renovated and renamed two centuries later at the onset of the Great Qing Dynasty. View several impressive monuments outlining the Square’s perimeter, including the Great Hall of the People, the Mausoleum of Mao Zedong and the Square’s famed ceremonial gateway. From here, venture north for a visit to the Forbidden City (Imperial Palace). Known today as the Palace Museum, the entire site is comprised of 800 buildings with more than 9,000 rooms. Later, enjoy lunch at a local restaurant. Next, visit a local pearl shop before continuing to the Beijing Zoo to see the famous pandas
Overnight: Beijing
Meals: Breakfast, Lunch

DAY 5, Saturday – High-Speed Train to Xian
This morning, travel via high-speed train to Xian. Upon arrival, trace the beginnings of Chinese civilization at the Xi’an Museum. Opened to the public in 2007, the museum is home to a wealth of historical artifacts and treasures from the Han and Tang dynasties. This evening, attend an optional Tang Dynasty 6-course dinner followed by a historical dance performance by the Tang Dynasty Troupe
Optional: Tang Dynasty Dinner & Show
Overnight: Xian
Meals: Breakfast

DAY 6, Sunday – Xian Antiquities Tour with Terracotta Army
This morning, after breakfast you will have the opportunity to visit Xingqing Park. Filled with culture, this local park is a hub of activity in the morning. You may witness and have the chance to participate in morning exercise, singing, and dancing. Later, visit a lacquer furniture shop. Stop for lunch at a local restaurant before a tour of Xian’s antiquities. Your tour includes the archaeological site at the tomb of China’s first emperor, Qin Shi Huang (259-210 B.C.), where more than 8,000 finely sculpted, life-size terracotta soldiers and horses were discovered by local farmers in 1974. The archaeological excavation of the three pits where the Terracotta Army was found continues today, more than forty years since the time of its unearthing. At tonight’s optional dumpling banquet, you can sample different varieties of delicious dumplings
Optional: Dumpling Dinner
Overnight: Xian
Meals: Breakfast, Lunch

DAY 7, Monday – Flight to Shanghai
This morning transfer to the airport for your flight to Shanghai, the fastest growing city in Asia, with its dramatic ever-changing skyline. Upon arrival, transfer to your hotel. This evening, join the optional Shanghai by Night with Dinner
Optional: Shanghai by Night with Dinner
Overnight: Shanghai
Meals: Breakfast

DAY 8, Tuesday – Shanghai City Tour
This morning, take a tour of the major attractions of Shanghai. Wander the classical Yuyuan Garden, built during the Ming Dynasty by the high-ranking government official Pan Yunduan. The Gardens’ total area occupies approximately five acres, and features pavilions, ponds, rockeries, cloisters, and streams all within six scenic zones, including the Sansui Hall and Wanhua Chamber. In existence for 400 years, the gardens were specifically constructed for Pan’s aging parents as a sanctuary in which to live out their lives. Next, experience the old world charm of the Bund, the former “Wall Street” of the foreign powers. Walk along its park-like waterfront promenade between the Wusong River and Old Town. Later, stop at a silk carpet and embroidery shop. Continue with a visit the Jade Buddha Temple which is the most famous and one of the most active Buddhist temples in Shanghai. It was built during the Guangxu period of the Qing Dynasty to enshrine two beautiful jade Buddha statues that were brought from Burma. Spend the remainder of the afternoon at leisure. This evening, be sure to attend the optional Acrobatic Show with dinner. The Shanghai Circus death-defiers will amaze and astound you with their high-flying versatility, fearlessness, and flexibility
Optional: Acrobatic Show with Dinner
Overnight: Shanghai
Meals: Breakfast

DAY 9, Wednesday – Full Day in Shanghai
Enjoy a full day at leisure to explore Shanghai on your own, or join the optional full day tour to Suzhou, including lunch and a cruise on the Grand Canal. Morning departure from Shanghai for the drive to Suzhou, known as the “Venice of the East”. Upon arrival in this charming city, relax on a boat ride along the narrow waterways of the legendary Grand Canal followed by lunch at a local restaurant. Then, continue to the beautiful and fragrant Garden of the Master of the Nets, a UNESCO World Heritage Site. End the day in Suzhou with a walk along bustling Guanquin Street, where the locals gather for entertainment and food. Return to Shanghai later this evening for a Farewell Dinner together at a local restaurant
Optional: Full Day Suzhou with lunch
Overnight: Shanghai
Meals: Breakfast, Dinner

Mercure Beijing Downtown, Beijing. This first class hotel is located in the city center of Beijing. 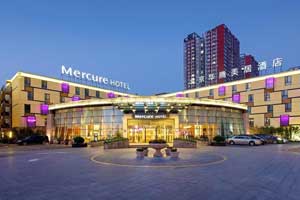 Grand Dynasty Culture Hotel, Xian. This first class hotel is situated within the old city walls near the West Gate. 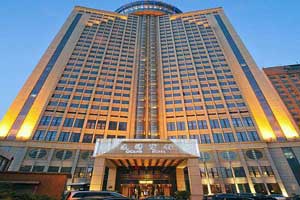